Of all the learning difficulties, ADHD or Attention Deficit Hyperactivity Disorder, also known as ADD, is perhaps the one of the most difficult for parents to manage. Children with ADD symptoms or ADHD symptoms live daily under huge amounts of stress, as do the parents and siblings who live with and love these children on a daily basis. Their learning and their social functioning are both undermined by their excessive need to move, to act without thinking and to quickly lose attention for the tasks at hand.

Through our natural and holistic therapies, including Developmental Movement Therapy and Auditory Retraining Therapy, we are able to address the underlying causes of your child's ADHD and set them free from their difficulties to reach their full potential. What makes our approach different is that instead of looking at your child’s symptoms on a superficial level, we look for the underlying causes and are then able to address the different physical, social, intellectual and emotional aspects to ensure lasting change.

Learn more about our expert therapies and read the story of how we helped Stephanie overcome her suspected diagnosis of ADHD to become a happy and healthy learner or watch this video by Dr Ron Minson.

How do I know if my child has ADHD?

A child with ADHD looks like every other child in the classroom. However he shows a preponderance of three categories of behaviour and will stand out because of these: inattention, hyperactivity and impulsivity which they will display many symptoms very early in life, often before the age of 6. Read about the specific ADHD symptoms in our detailed article entitled ‘How do I know if my child has ADHD? Common symptoms of ADHD'.

Alternatively, you can Take our free online test to understand if your child would benefit from our natural and holistic therapies. 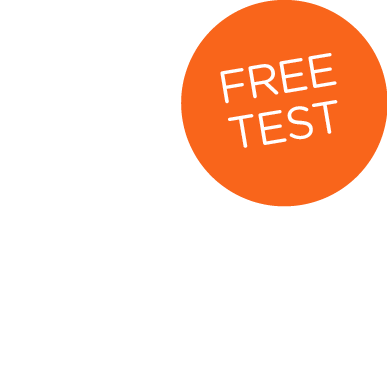 Is your child showing symptoms of ADHD or ADD? Our purpose is to set children free from Behavioural or Learning Difficulties. We offer tests, assessments & treatment for children across all of New Zealand.

Take our online symptoms test to understand if your child is displaying symptoms of learning or behavioural difficulties.

How can the Developmental Learning Centre help?

We primarily offer two therapies for children with learning and behavioural difficulties:

Can you imagine trying to build a house without putting in a firm foundation? Trying to remediate a child who simply does not have the equipment (wiring) and foundation (mature neurological system, good spatial awareness, listening skills and visual perception) for their “house of learning” is very difficult.

At the Developmental Learning Centre, we believe our first task is to in address the underlying immaturities to develop a good neurological foundation. To do this we use Developmental Movement Therapy (Extra LessonTM).  Central to this therapy is the idea that learning and behavioural difficulties are a result of developmental issues in a child’s early years. This means they may not have received some of the sensory input they needed that form the basis of our learning processes. By repeating early childhood movement patterns, we are able to ‘rewire’ brain and rebuild the pathways and foundation of learning.

Click here to learn more about Developmental Movement Therapy and the amazing results it can have by reading our Success Stories here.

If your child has ADHD, it may be a result of an auditory processing difficulty or disorder, and they will be likely to benefit from Auditory Retraining Therapy. This therapy uses filtered music to mature the pathways in the brain needed to recognise different sounds when reading and spelling and to process spoken language quickly and efficiently. Music therapy is also used to treat children who are easily overwhelmed, hypersensitive and anxious, and have difficulty regulating their emotions.

It is relatively new and is not used by audiologists and speech and language therapist in NZ  as a rule. In fact your GP, your audiologist and your speech and language therapist may not have heard of it. However it has been in existence for approximately 40 years. It was developed by a French ear nose and throat specialist, Dr Alfred Tomatis (www.tomatis.com ) and is incredibly effective for children with auditory dyslexia.

You can learn more about Auditory Retraining Therapy and the amazing results it can have by reading our testimonials or watch the video below:

“My son couldn’t keep still and had difficulty getting along with teachers at school. He couldn’t organize himself to get his work done and generally annoyed everybody. His behavior was very immature and he was also upsetting our whole household on a regular basis.“

After completing his Auditory Retraining Therapy…

“He is more settled, wants to try hard at everything and is enjoying school. He is now keen on sports and is more mature. He is no longer upsetting the whole household all the time.”

“Our youngest son’s journey began at the tender age of 4 years, when a preschool teacher noticed that something was a little amiss with him.

We had a little boy who found many day to day tasks extremely hard. Socialising, concentrating (for even a small time), talking and controlling his temper were very hard for him. As a Mother, it was extremely upsetting to see.

We have been, as you could imagine, down many paths to help him and ourselves understand these issues.

Lucky for us our Doctor told us about the Developmental Learning Centre and how it had changed his daughter’s life.

Well, it’s been around 2 years now and I can well and truly, with a hand on my heart, say it has changed our son’s life and our lives too.

We now have boy who:

His reading has gone from strength to strength. Most of all we have our beautiful boy, who means the world to us, happy. Who doesn’t want that in their child?

I know his journey with the Developmental Learning Centre isn’t complete. But it is a journey I am more than happy to take with him.

To see his smile and steady improvement is all that I need."

“My son was constantly in “dreamland”. He had difficulty with concentration in class, and was unable to complete tasks set out for him to do by his teacher. He also had great difficulty completing everyday tasks ,such as emptying the dishwasher at home.“

Since starting the Auditory Retraining Therapy he has never been in “La la land”.

His alertness and recognition of what he has to do in class has greatly improved and he is now able to complete tasks laid out for him.”

“My son was very anxious. Because he daydreamed all the time, he never knew what he was supposed to be doing at home , or at school. His anxiety levels were greatly increased when we travelled away from home and his daily routine was absent, and he would constantly ask questions about what we were going to do.

After therapy there were no more questions about “when?”, “where ?”and “how ?” when we travelled.

“My son would avoid playgrounds and often seemed to lack the energy to go and play.

“Now his energy levels have improved, and he happily runs to the playground to climb instead of avoiding it.”

“His confidence has improved with his self-esteem and awareness of self, and he has become a much happier person.”

“He became happier as a person”

James was disruptive and violent at school and constantly in trouble requiring daily phone calls to me from his teachers. He used inappropriate behavior to try to enter or engage in social playa and had great social difficulties.

He was having daily meltdowns and tantrums, and had great difficulty dealing with his own frustration, and he struggled to express verbally how he was feeling. At night he does not fall asleep easily, is restless while asleep and currently he is sleeping 6-8 hours per night.

James was 1 to 2 years behind national standards in maths, writing, and reading even with extra support in class. He didn’t sound out words when reading and his retention of learned words was inconsistent - there one day but gone the next. His writing was untidy and very slow, making lots of reversals of numbers and letters. His focus was poor and he didn’t listen to or follow instructions in class.

After completing his Auditory Retraining Therapy programme James is more confident, he is happier and he is able to focus better and for longer. He is also more spatially aware.

His grades are now closer to National Standards in all academic subjects and he recently met the standard for reading for his age for the first time ever!

Now James only has meltdowns 1 to 2 x per month instead of every day. He is sometimes able to communicate his feelings and also can take himself away from trouble and is more confident and happier.

Does your child display ADD symptoms or ADHD symptoms?

Looking for ADHD testing in NZ?

Searching for an ADHD treatment in NZ?

Want to speak with an ADHD specialist?

Want to learn more about ADHD in children?

Unlike other treatments, we take a 100% natural and holistic approach to learning and behavioural difficulties. Instead of looking at your child's symptoms on a superficial level, we assess for the underlying neuro developmental causes and are then able to remediate these to ensure lasting change.

Call 0800 543 399 or Request a free call back with the Developmental Learning Centre to understand if your child could benefit from our natural and holistic therapies. 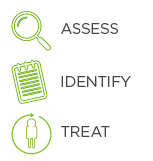 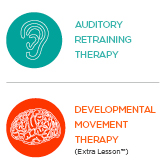