I am a mother, wife, teacher and educator. I began my career path at the tender age of 4 when I entered a small, private, primary school as their youngest pupil. From the first day I loved school so much that I knew I wanted to be a teacher when I grew up!

I trained as a teacher at Hamilton Teachers’ College and Waikato University School of Education, studying Education, English, Psychology and Geography, gaining my TTC in 1968 and my B.Ed. in 1970. I began my first teaching job that year with a class of delightful 7 year olds in the far north, but my career was interrupted late that year by the arrival of my first, beautiful daughter and so my journey as a parent began.

Of course, nothing really prepares a woman for the transition to motherhood. It is one of the great mysteries of life. The birthing process itself is overwhelming and cannot be adequately described. But it serves as a rite of passage into the universal “Club of Mothers”. One moment there you are, independent, responsible for no one but yourself. Suddenly, after being swept away by this amazing, intense, primal life and death experience, you have a tiny, beautiful new baby who is totally dependent on you for absolutely everything. What an overwhelming moment this is! I remember, when my daughter was about 3 days old, shedding more than a few tears as I became aware of this tremendous responsibility and feeling utterly unprepared for what was to come.

Somehow, as mothers, with the support of husbands, midwives and Plunket nurses, sisters, parents, friends ,we find our way….. After four years of full time parenting I returned to the classroom and gained my Dip. Tchg. An OE followed with teaching experience in both public and private schools in the USA and England before eventually returning to settle in NZ. By this time we had welcomed another beautiful daughter into our family.

Unable to get a teaching position in Tauranga, I trained as a Speld teacher in 1987. Much to my surprise, I was in the middle of a lecture on spatial awareness and dyslexia when I heard our lecturer describing my 17 year old daughter. I was stunned to discover that she had mild dyslexia, which explained why my bright daughter struggled with spelling (although she was excellent at mathematics and could read well), why she would frequently get lost when walking to an appointment, (even though she had been there before) , and did not learn to ride a bicycle until she was 14 years old. It was then that I began to understand the importance of “underpinnings” or foundational capacities in the development of learning skills.

As the years passed by I moved out of classroom teaching and specialised in the remediation of children with learning difficulties. My Speld training and experience served as an excellent foundation for this developing passion. However, not content with the “What”of learning difficulties, I found myself asking more and more the “Why” question. This led me to a three year course of study with “The Institute for Learning Difficulties”. I gained my Grad. Dip. in Educational Studies (Learning Difficulties) in 2003.

During the past 7 years I have been practising as a therapeutic educational consultant for children with mild to moderate learning difficulties both in schools and in private practice. I hope that the stories I will tell will be helpful to those of you who may now have a child in a similar situation to those I will be describing in my column.

Some of you may even recognize yourselves, if you also struggled with an undiagnosed learning difficulty at school. You may recognize the feelings of helplessness and frustration that many of these children deal with on a daily basis when faced with tasks that they simply do not have the equipment to perform.

The good news is there is much that can be done. 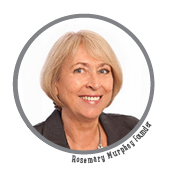